Peter Coker was a leading British realist painter associated with the group of postwar artists who were ascribed the nomenclature ‘the Kitchen Sink School’ by David Sylvester. A figurative painter of strong conviction, his work was praised by the eminent critic John Berger who acclaimed the integrity of an artist at variance with the contemporaneous embracing of Modernism within the prevailing artistic firmament.

A Londoner by birth, following demobilisation Coker enrolled full time at the prestigious St Martin’s School of Art before winning a scholarship to the Royal College of Art where his contemporaries included John Bratby and Jack Smith. Later, he was to secure teaching positions at both St Martin’s and the Royal Academy School.

As an artist, Coker was inspired by the work of the French realist Gustave Courbet and also admired the distinctive style of Nicholas de Stael. The melding of these two influences is evident in terms of subject matter as well as technique although the breadth and range of his artistic output belies any straightforward categorisation.

On the one hand, his delicate and atmospheric depictions of the natural world recall a tradition of English Romanticism and the paintings of John Constable and later John Nash. In contrast, revelling in the physical properties and possibilities of the medium, Coker’s most powerful and expressive later works feature landscapes and natural forces where thick layers of paint become constitutive elements in rendering the corporeal qualities of a place as opposed to the purely representational.

Peter Coker exhibited across the United Kingdom and two retrospectives in the 1970s confirmed his critical reputation. His work features in numerous private and public collections including the Ruth Bouchard Collection; the Scottish National Gallery of Modern Art; Abbot Hall Gallery and the Royal Academy of Arts. 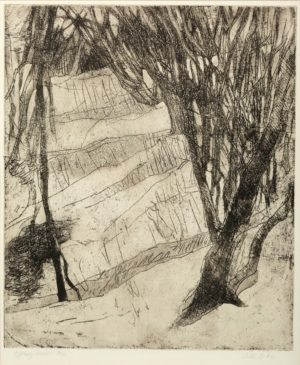 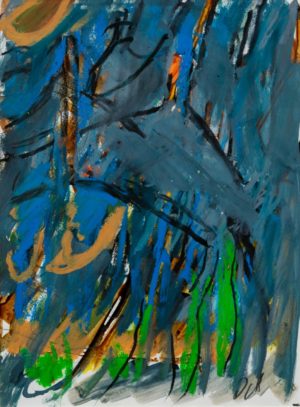 From the window Hotel Chatelet, 2002 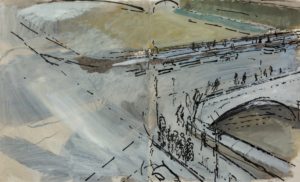 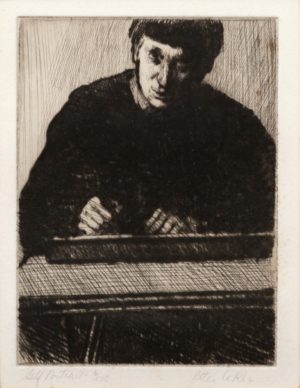 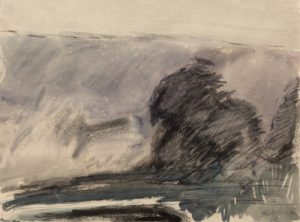 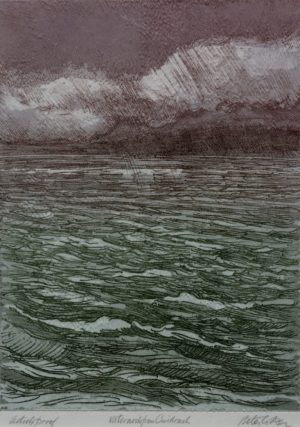