During 1924 Medley studied art at the Royal Academy Schools but soon switched to the Slade School of Fine Art and then completed his art training by spending two years, from 1926 to 1928, in Paris.

In Paris in 1926 Medley met a dancer, Rupert Doone, with whom he lived for the rest of Doone's life. During the 1930s he worked mostly in various avant-garde styles. Between 1929 and 1934 Medley worked with Duncan Grant and Vanessa Bell. From 1929 onwards Medley began to exhibit paintings with the London Group. In 1931 Medley held his first solo show at the Cooling Galleries in 1931 and began teaching at the Chelsea Art School the same year. He also exhibited at the London Artists' Association in 1932 but the majority of his time was spent on design work for the theatre. In 1932 he and Doone jointly founded the Group Theatre, for which Medley served as artistic director, either designing the Group's productions himself or supervising designs that included masks by Henry Moore. Medley and Doone invited Auden to write plays for the Group. Through Auden, Medley met Stephen Spender, Louis MacNeice and others who became associated with the Group Theatre. Medley had a painting in the International Surrealist Exhibition in London in 1936 and in 1937 Medley founded the Artists' International Association, AIA, which promoted socialist and avant-garde art. In 1938 he chaired a widely reported debate between Realists and Surrealists organized by the AIA.

Returning from the war, Medley and Donne lived together in London where Medley taught at the Chelsea Art School, now part of the Chelsea College of Art and Design, from 1945 to 1949. One of his 'Cyclist' series of paintings, composed between 1950 and 1952, won a prize at the Festival of Britain 60 Paintings for 51 exhibition. Medley was a visiting lecturer at the Slade and returned there full-time in 1958 as Head of the department of Theatre Design, a post he held until 1966. The Cast Room at the Slade inspired Medley to create his 'Antique Room' series of paintings. In the late 1950s Medley painted a series of industrial landscapes in the Gravesend area.

In the 1960s Medley turned to abstraction, but in later years returned to figurative painting. These last paintings are the most widely respected of his works. A retrospective exhibition of his work was held at the Whitechapel Art Gallery in 1963 and in 1966 he became chairman of the faculty of painting at the British School in Rome. In 1982 he was appointed CBE and in 1985 he was elected to the Royal Academy. A centenary tribute at James Hyman Fine Art in 2005 was accompanied by a catalogue with essays about Medley's work. Medley was also an important supporter of emerging out gay artists studying at the Slade who included Mario Dubsky and Derek Jarman. 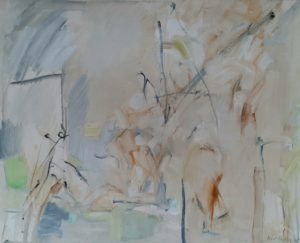