Born 1942 in London. Studied at the Camberwell School of Art, London, from 1959-1963. In 1963 he won the Anna Berry Award in open competition with all final year art graduates. His parallel interest in both psychology and psychiatry led him into the field of art therapy. He was an Art Therapist for nine years at Park Prewett Psychiatric Hospital, Basingstoke, Hampshire.

Although he continued to paint on a regular basis, it was only in 1982, at the age of 40, that he felt sufficiently confident to exhibit. His success in the UK has been replicated in the Republic where his reputation as a painter of distinction and passion is firmly established.

His life as a painter is shared between Cappoquin, a village in the Blackwater Valley in County Waterford, and a small hamlet high in a largely unpopulated mountainous region of the Cevenne, in the South of France.

Reclusive by nature, Arthur does not move in ‘artistic circles’ give interviews or take any interest in discussing, let alone promoting his work. He works at a frantic pace with dedication, determination and unflagging vigour and energy.

He has written numerous articles for magazines and has been a major contributor to a series of books on painting including The Encyclopaedia of Oil Painting Techniques by Jeremy Galton, Light by Lucy Willis and Modern Oil Impressionists by Ron Ranson ( where he was included in a list of 17 of the world’s most successful and popular figurative painters). He has also appeared in International Artist Magazine.

Arthur has exhibited at the Royal Academy, The Royal West of England Academy (where in 1987 he won the Cornellisen Award) and the Royal Hibernian Academy in Dublin (winning the Abbey Studio Award for the most distinguished painting in 1993). He has represented Ireland in a number of prestigious shows. 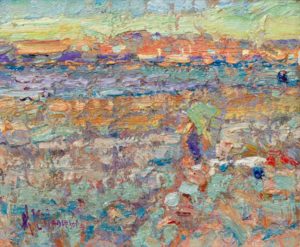 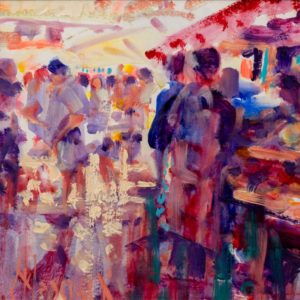