William Selwyn was born in Caernarfon, Wales, in 1933. After completing National Service in the Royal Artillery, he studied at Bangor Normal College between 1954 and 1956. He subsequently taught Art at Maesincla Junior School and at Ysgol Syr Hugh Owen School.

Since his retirement in 1990 he has devoted himself to painting. He is particularly noted for his watercolours and mixed media works. William Selwyn’s art is centred on the landscape and coastline of Gwynedd. It includes its farm workers and fishermen.

In 1976 he was elected to the Royal Cambrian Academy. He is the winner of a number of art prizes which include the 1998 Singer & Friedlander/Sunday Times Watercolour Competition. He also won the 2001 Welsh Artist of the Year. In 2003 he won the Spirit of Llyn Art Competition. He is represented by The Martin Tinney Gallery in Wales and The Thackeray Gallery London. 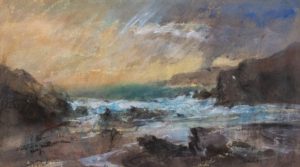 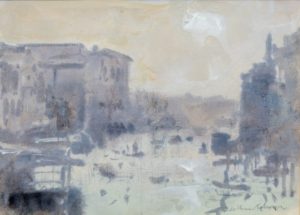